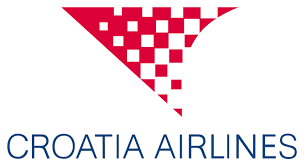 EXCERPS FROM CONDITION OF CARRIAGE:

10.2.1. If we cancel a flight, fail to operate a flight reasonably according to schedule, fail to stop at your destination or Stopover, or cause you to miss a connecting flight on which you hold a reservation, the amount of the refund shall be:

10.2.1.2. if a portion of the Ticket has been used, the refund shall be no less than the difference between the fare paid and the fare for the transportation used.

The carriage to be performed by us and other Carriers under one Ticket, or a Conjunction Ticket is regarded as a single operation for the purposes of the Convention. However, your attention is drawn to Article 15.6.1

15.6.1. We shall be only liable for Damage occurring during carriage on flights or flight segments where our Airline Designator Code appears in the carrier box of the Ticket for that flight or flight segment. Nevertheless, with respect to Checked Baggage, you may make a claim against the first or last Carrier, or the Carrier on which segment the damage has occurred. Carriers involved are jointly and severally liable.

Missed connecting flights - are we entitled to compensation? What is minimum connection time? Choosing between connecting and direct flight 8 tips on airport transiting: how to make the best out of your connecting flights Travel Insurance | Reviews and useful tips for travellers