You would need to stay in a hotel near Sofia Airport if you either have  have a connecting flight with a long layover or have an early morning flight to catch.

This article aims at giving you relevant information about the location of Sofia Airport within the urban area of the Bulgarian capital Sofia, the specifics of terminal 1 and terminal 2, the available means of transport and respectively the available hotels. Based on that information, you should be able to take an informed decision regarding the accommodation options and book the right hotel for you.

As the map below shows, Sofia Airport is located within the city limits, in an urbanized territory. The distance to the heart of the city is only 10 km. 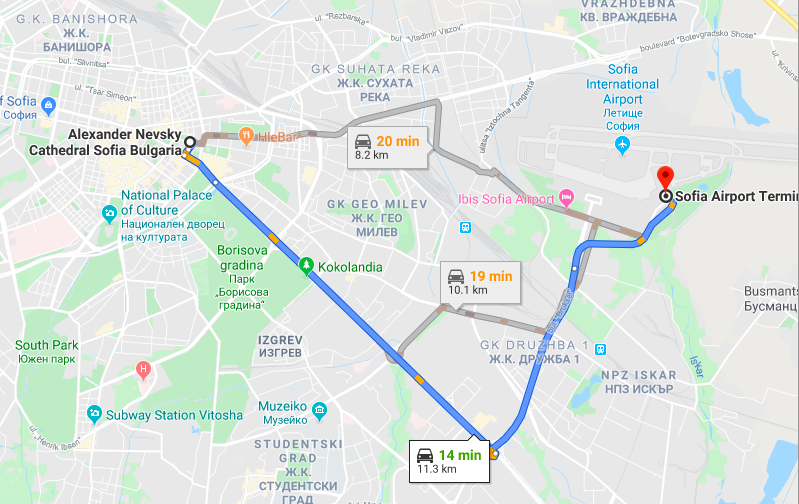 If you are not in a rush, you can easily book a hotel in the city center as it would take you max 30 min to reach the airport by taxi. There are over 700 accommodation options in the center of Sofia, which you can review and book securely from booking.com following this link.

In case you would like to use the metro (operating from 5.00 to 24.00), you can opt for accommodation close to Sofia University Station, Serdika Station, Vasil Levski Stadium. These stations serve line 1, which terminates at Sofia Airport Terminal 2. In case your flight arrives or departs from Terminal 1, using the metro will not be convenient. You should get a taxi instead.

There are two terminals located 2 km away from each other, as the image below illustrates: 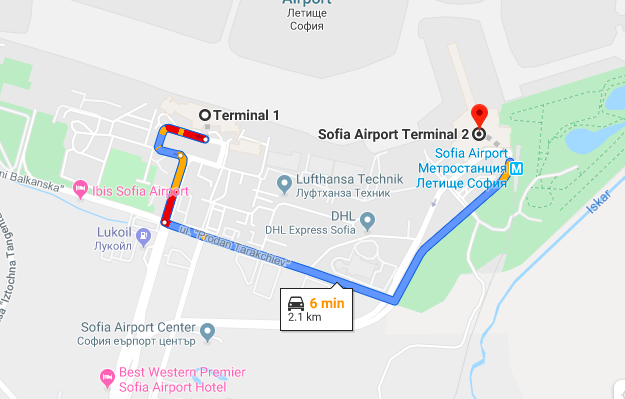 Terminal 1 is the oldest terminal, used by low cost carriers (Wizz air, easyJet). Note however that due to limited capacity Ryanair operates from terminal 2. The metro station is located at terminal 2, but in case your flight departs from terminal 1, transiting will take time. 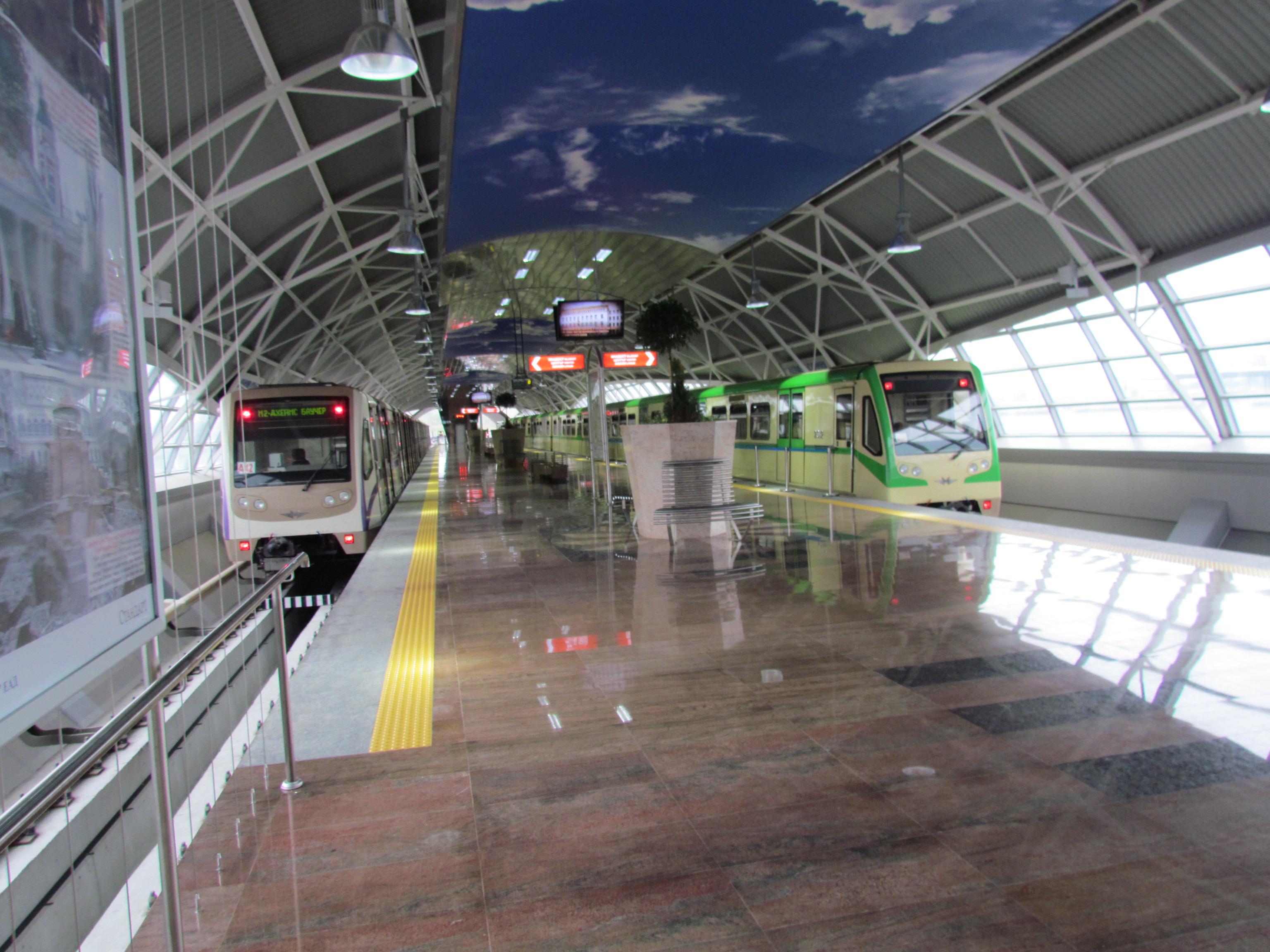 Due to its proximity to the city, until recently there weren't any hotels adjacent to the airport. However, in the last five years two hotels have been built - Best Western Premier Sofia Airport and Ibis Sofia Airport. Ibis hotel is within a walking distance to Terminal 1, but not so close to Terminal 2. More or less the same is valid for the Best Westerm hotel. 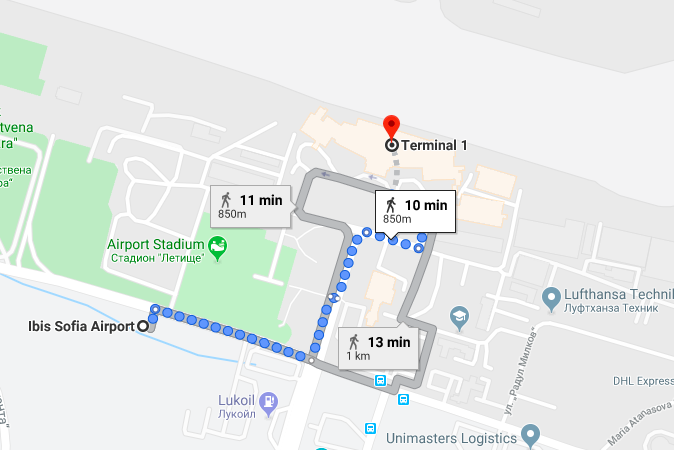 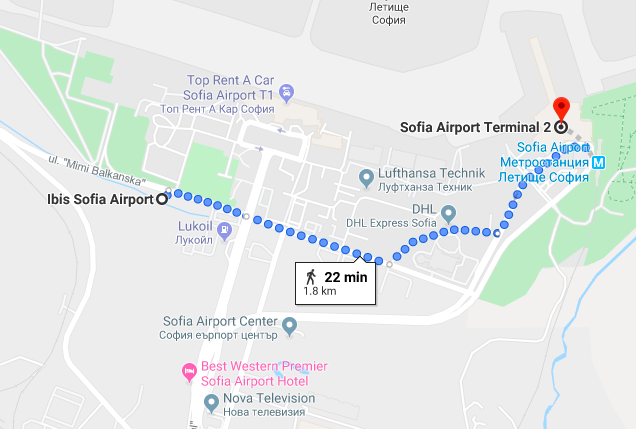 Both hotels offer transfer service and are just a short ride away from the terminals.

Here you can check the availability and rates of Ibis Sofia Airport hotel and place a booking.

Here you can check the availability and rates of Best Western Premier Sofia Airport hotel and place a booking.

Other convenient hotels near Sofia Airport

The other good location, not far from the airport (5-7 km) is the junction between Brussels boulevard (leading to the airport) and Tsarigradsko Shosse (leading to city center and Trakia highway). You can easly see the location on the map below. It is a short taxi ride from both terminal 1 and terminal 2 and features three hotels, which you can book from the links below: 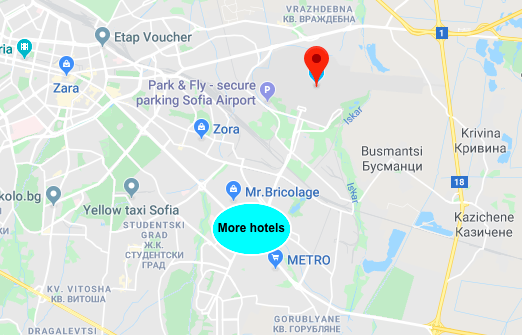