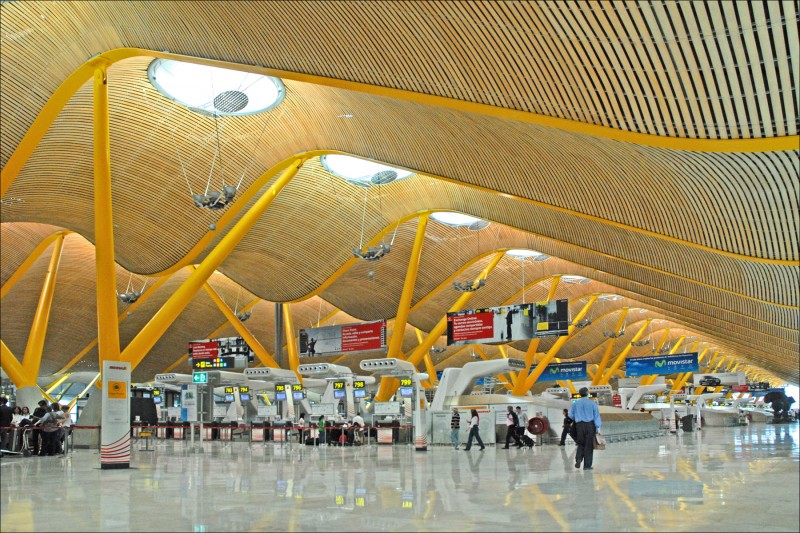 write a review
St****   2 years ago
As I use MAD very often I will try to make a full review of the airport.
Madrid Airport is one of the best in Europe in my oppinion. There are 4 independent runways. Normally they separate the traffic coming from/going to East and West. Always they use 2 runways for landing and 2 for take-off. The only con is that the taxiing is a bit long between the terminals and runways because the airport is reallt huge.
TERMINALS:
There are 4 Terminals:
Terminals 1, 2 and 3 (older) are under the same roof. No matter which terminal is your check-in desk after the security check the gate area is shared between the 3 terminals. Gates A and B are for Non-Schengen departures and are near the security check of T1, Gates C, D, E and F are for Schengen departures.
Even the building is a bit old it is big and nice due to renovations. One of the big advantages of MAD is that almost all the flights are boarded through jetbeidges. Even the low-cost carriers use jetbridges.
There are also 3 business lounges (Sala VIP) - one for each terminal. Sala VIP Cibeles which is in the Non-Schengen area is the best one I think. All of the lounges are operated by the airport operator - aena. They also have contract with Diners, Priority Pass, etc...
Terminal 4 is consisted of 2 buildings: T4 (Gates H, J, K) and T4s (M, S).
All the passangers departing from T4 or T4s have to check-in and pass through security at the main building at T4 which is extremely beautiful building and also very nice organized. Then if your flight is for a Non-Schengen country it will depart from gates S at the satellite terminal T4s. You have to take the lift or escalators all the way down to the basement, then take the automated train to T4s where you have to pass the passport control. Note that there are also gates (M) at the satellite terminal that serve some schengen flights.
At T4 operate Iberia, all oneworld carriers + all Iberia partner airlines.
In conclusion I can say the airport is very nice either for transit (including all night layover) or for quick departure. There are plenty of nice shops, cafes and restaurants. It is very clean, very wide and super well organized.
Trip date
February 2019
Terminal
All terminals
Type of experience
Arrival, Departure, Transit
Overall experience
Transit process
Queueing times & Security process
Information desks & Signs
Quality & Cost of Wifi
Seating & Relaxing
Entertainment & Shops
160
airlines
225
airports
167
reviews
100
contributors